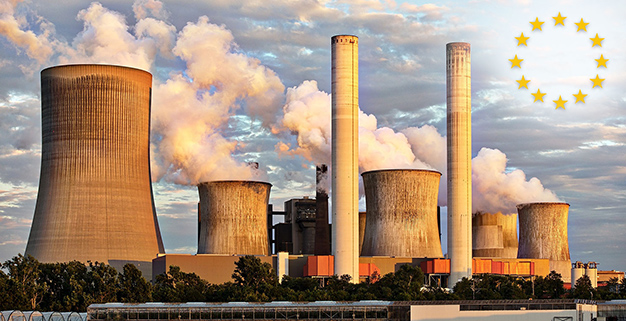 EU Taxonomy: Nuclear and Gas continue to dominate the narrative

Synopsis: In our earlier insights on EU Taxonomy, we have discussed how this landmark regulation will alter the playing field for the companies and investment advisors in the European Union (EU). But negotiation is often a tricky subject and based on issues that EMAlpha AI-ML has picked up over the last few weeks, we look at two of the most controversial topics related to EU Taxonomy: Nuclear Energy and Gas. This week, ten European Union nations called for nuclear energy’s inclusion in the EU Taxonomy as the energy and economy ministers from these EU member states said in a joint article that nuclear energy must be included in the framework of the European taxonomy as nuclear energy is “an affordable, stable and independent energy resource”. There is also a conflict among the EU nations, internally and externally on this topic. According to the economy and energy spokesperson of Germany’s social democratic SPD party, the role of gas in the energy transition should be reflected in the EU’s green finance taxonomy. This was a political issue among the German parties which are expected to form the government and a reason for discord. There are other contributing reasons as well. The world is experiencing a massive energy crunch across continents and in particular for Europe, the situation is severe because a harsh winter could make the situation even worse. There is an increasingly popular view that nuclear power can help fill the gaps in energy transition and the EU Taxonomy should reconsider the inclusion of the technology. Surely, the energy crisis could not have come at a worse time than this for the EU Taxonomy’s ability to exclude nuclear and gas from the list of ‘green’ investments. There is no easy way out, but can the negotiators find one for the future of nuclear and gas under EU Taxonomy?