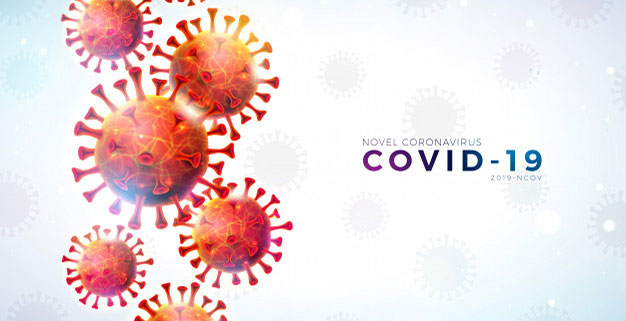 EMAlpha specializes in developing market sentiment measures with a focus on Emerging Markets. Our goal is to give the readers a window to some of the main drivers of news and market sentimentsas the global markets see an unprecedented spike in volatility. On March 9th, VIX Index, the widely monitored gauge of market volatility, shot up to levels not seen since the Great Financial Crisis almost ten years ago. While the immediate reason was the breakdown of oil production cut negotiations between Russia and Saudi Arabia, the stage was already set for such a big market move by the recent developments in the spread of the Corona Virus.

We, at EMAlpha, monitor daily news sentiments in a range of emerging and developed markets. As it has become clear that Coronavirus related news sentiment could continue to be a driver of market sentiment, we will continue to monitor Corona news and sentiment.

The attached chart shows the Coronavirus related news sentiment on March 9th for a number of countries. In order to come up with these scores, we collect Coronavirus related targeted news flow in a number of languages. For a number of emerging market countries, most of the news flow is in local language and, hence, we focus on news collection in both the local language and in English. We then use natural language processing tools to extract the sentiment for each country. While this newsletter focuses on Coronavirus, the same tool can be applied to any topic to extract the related news sentiment.

There are some interesting observations before we discuss the market impact of the news and underlying sentiment country by country.

USA – With S&P 500, Dow and Nasdaq Composite all down more than 7%, the impact of Coronavirus continues to torment the biggest and the most important market in the world. When we see the news flow for the US on Corona, it is dominated by more suspected cases and more confirmations across the country. No surprise, the sentiment is fairly Negative. However, there is still a big disconnect on a relative basis, i.e. the sentiment though Negative is not as bad as many other countries, still the US market performance is among the worst. Purely by looking at the sentiment scores, one would expect the market to go down but not as much as it did on Monday, March 9th.

UK – The UK is among the most prominent countries where the news flow sentiment has deteriorated sharply over last few days. From one of the most isolated countries with not much Corona coverage as late as a week ago, this has changed drastically and the news sentiment now looks as bad as most affected countries. The news flow is focused on panic reflecting in hoarding of items like hand sanitizers, soaps, travel restrictions and emergency measures by the Government. The FTSE 100 decline of more than 7% on Monday was more severe than many other countries though.

Turkey – This is an interesting case. When we do the searches for ‘Coronavirus Turkey’, the news flow is mostly about other countries such as Italy and the USA. In fact, as per the local news reports, so far there are no cases of Corona in Turkey. Still, the news flow sentiment is Negative. This mainly captures the sentiment without differentiating which geography the news is talking about. Nevertheless, the net result is still negative for markets with BIST 30, BIST 50 and BIST 50 all correcting more than 5% on Monday.

Sweden – Sweden’s market performance was not very different as OMX Stockholm 30 (OMXS30) was down more than 5%. The news flow sentiment is very negative but a large part of news flow is capturing the developments in other countries and not Sweden as such.

South Africa – The South Africa Top 40 (SA40) was down more than 6% on Monday. The news sentiment on Corona for South Africa is not as bad as Sweden or Turkey but it is worse compared to some of the other countries such as Singapore, Israel, Colombia and Brazil. The interesting thing about the news flow is that many of the news items are not related to Corona. In several of other news reports, the discussion is much more about how people are reporting fake Corona inflection and illness.

Singapore – The news sentiment on Corona was much better and, in fact, it was among the most positive in the countries we have covered. The news flow was rather limited and also more routine and there was nothing in the news which reflected that the situation has deteriorated in Singapore on Corona. This was also reflecting in Singapore in the S68 SGX Index which didn’t suffer as much on Monday and also recovered the most on Tuesday.

Poland – The news sentiment is less negative than some of the other countries like Sweden and Turkey. But, the quantum of collected news flow is much more than most other countries. The end result is still one of the worst for stock markets in Poland. On Monday, all major indices including WIG, WIG 20 and WIG 30 were down more than 7%.

Philippines – The Philippines stock market (PSEi Composite) corrected more than 6% on Monday and it has not shown much recovery on Tuesday. The news flow on Corona doesn’t capture too many news items for Philippines. This could also be the reason for why the news flow sentiment is so much more negative than some of the other countries in the neighborhood.

Norway – On Monday, the OBX was down more than 8% and OSEAX was down more than 9%. The news sentiment is not as bad as some of the other countries and this makes sense when one looks at the news flow. Though there is a large pool of news flow captured for Corona Norway, but most of it is related to other countries. Among the most unrelated topics are news flow from the US on Corona and reports covering recent developments in Italy.

New Zealand – After a 3% plus fall in NZX 50 on Monday, the stock market in New Zealand has fallen another 2% on Tuesday. There is not really much Corona news flow for New Zealand. The sentiment is somewhere in the middle, neither too positive nor too negative.

Italy – This is one of the worst affected countries. However, the sentiment is not that negative as compared to many other countries despite a lot of news covering more infections. After a 9% fall on Monday, the FTSE MIB is up 3% today.

Iran – The most negative in terms of sentiment and this is clear from the news flow. The interesting part is that almost all this news has come from other countries like India and the US. Virtually nothing from Iran locally.

India – The Indian markets (NIFTY 50 and Sensex) corrected 5% on Monday and the markets are closed on Tuesday. The news sentiment has improved compared to the worst sentiment observed over previous few days. However, this is surely not because of lesser number of news items captured, but could be attributed to the news talking more about PM’s Dhaka visit getting cancelled and also some of the news items which are talking about the spread of rumours. As such, the market reaction on Monday was bad but not as bad as the carnage in some of the other countries. This is perhaps because India is a net importer of oil and lower oil prices are good for the balance sheet of the country.

China – China news sentiment is improving as there is so much of news flow that clear sentiment score does not emerge in either direction. The news captured is huge and most of it is local news. Still because of this massive quantum of news, we see the sentiment score is more balanced as compared to countries where the number of news items collected is really small.

Brazil – The country is with maximum divergence between sentiment score on Corona and the stock market reaction. Bovespa down 12% and the news sentiment score is not too bad. The amount of news flow is reasonably large in quantity and it also covers reports of more infections and all of this is local news flow.