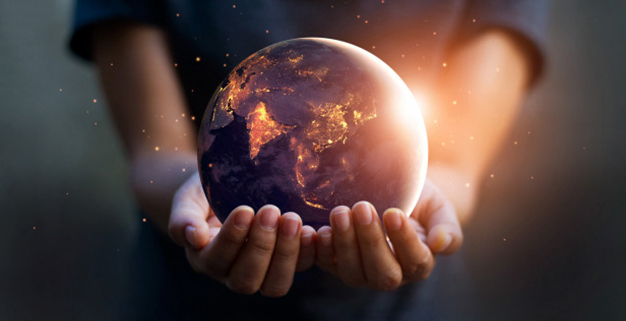 Is Globalization under threat and what it means for EMs

Since the late 1960s and ‘70s, Globalisation has acted as a major force in shaping the world’s economy and for the past 50 years, it has been an ‘agent of change’ for the pecking order of global rankings of countries. There have been major success stories like South Korea which has had unparalleled success in transforming a predominantly agrarian and low-end manufacturing society into a global technology powerhouse and a major hub for high-end manufacturing. Similarly, there are examples in East Europe and South East Asia where Globalisation has led to a massive positive transformation in the country’s GDP growth and per capita income, thus leading to significant improvement in the standard of living of the people.

But, without doubt, the biggest beneficiary of Globalisation has been China. It is difficult to imagine how in just a couple of generations, almost 20-25% of the world’s humanity would have really gained so much without Globalisation. The contributing factors for Globalisation are many and there are also differences in how various sectors such as manufacturing and services have played a role in this. For instance, the contribution of exports in Software and Information Technology for India and ITeS (Information Technology enabled Services such as Business Process Outsourcing) for countries like Philippines are prime examples of sectorial standouts. So, while it is possible that the extent of benefit could vary, the overall impact has been positive for Emerging Markets (EMs). When you combine this with huge productivity gains for Developed Countries, the benefits of Globalization become even more obvious for the economic well-being of the world as a whole.

In the initial thirty to forty years, the journey of Globalisation was smooth. But ever since the Global Financial Crisis of 2007-08, Globalisation has hit a rough patch. While there is no direct linkage between Global Financial Crisis (GFC) and Globalization, there are two important points as to why GFC led to a paradigm shift: a) All was good until the public perception was in its favour as Globalization was seen helping the Developed Countries become more competitive and richer. But once the fault lines in the world’s economy became visible, it led to a shift as it became clear how this could possibly be exploited by politicians propagating a populist opinion, b) The world realised that the Global Economy and Financial System had become so interlinked that a crisis in a tiny part of this network could have led to serious and massively disastrous consequences.

While the process of Globalization is irreversible and it is virtually impossible for the world to once again revert to the 1950s, the bigger threat that gets highlighted most often is how the public sentiment against Globalization in Developed Countries could lead to imbalances in the global economy. Another interesting dimension coming forth is how the impact on specific countries, especially the ones from the Emerging Markets (EMs), will play out. These are important questions to be addressed and while an excessive belief in the certainty of an outcome is bad, we think that it is important to look at some of the possibilities which could eventually play out over the next decade.

First of all, we don’t think that Globalization is under any serious threat, notwithstanding the extensive coverage of that possibility. Globalization is still evolving and while the gainers and losers will see a shuffle, it is undeniably a natural outcome of any evolutionary process. The change of beneficiaries on a relative scale as in which countries will benefit more is also a phenomenon that is a regular and continuous process. So, all of these outcomes cannot be used as supporting arguments for questioning Globalization. The other key point is a relative slowdown in Globalization over the last twelve-thirteen years. While the public opinion is certainly not in its favour in the Developed Countries, it is difficult to quantify how much tangible difference this has made. As it happens in any transformation process, after the ‘low hanging fruit’ has been picked and the base has become larger, the slowdown that happens is natural and thus can’t be seen as proof that Globalization itself is not as powerful.

There are certainly newer countries which will emerge as major beneficiaries of Globalization among EMs in the next ten years and it is up to the individual countries to set up a proactive approach to benefit from the same. But there is nothing on the plate that would warrant excessive worries. For example, there is no reason to believe that the next decade in Globalisation will be bad for Vietnam as the momentum gets stronger on growth in manufacturing there. Similarly, when we think of Eastern Europe and Latin America, we find that there are pockets of opportunities. Even the big countries like China have fared well and despite all the accompanying cacophony, there is no evidence to suggest that the country’s dominance is under any threat whatsoever. So, while investors have to pick and choose carefully from among EMs as they contemplate the impact of Globalization on the local economy in these countries, there are opportunities waiting at the dock.

There are other aspects to consider too because there are powerful forces in different areas as well. One very important change which we will see over the next decade in the case of EMs is how the flow of investments, both Direct and Portfolio Investments, from Developed Markets will evolve. How is this important and why does it matter? For the flow of investments into EMs, the biggest hurdle over the past several decades has been a lack of relevant information and access to useful data in a time and cost-effective manner. Many of these challenges are being tackled with reasonable success as more advanced technology becomes available alongside taking the help of NLP tools and new Machine Learning methods. This is going to be a big game changer over the next several years and this will be a powerful driving force for the better integration of EMs into the global financial system and the world economy.

Overall, the investors in EMs have to be cognizant of how the major fundamentals of Globalization are changing as the investing opportunities keep presenting themselves with a consistent regularity. The case is not really different on a cumulative basis even when Globalization remains one of the most discussed and controversial topic of deliberation in the world media.

For more EMAlpha Insights on Emerging Markets, please visit https://emalpha.com/insights/. To know how you can use EMAlpha’s unstructured data and ESG (Environmental, Social and Governance) solutions for better investment decisions, please send us an email at research@emalpha.com.

EMAlpha, a data analytics and investment management firm focused on making Emerging Markets (EMs) more accessible to global investors and unlocking EM investing using machines. EMAlpha’s focus is on Unstructured Data as the EMs are particularly susceptible to swings in news flow driven investor sentiment. EMAlpha works on information discovery and ESG solutions for Investors in Emerging Markets, using AI and NLP tech. Our mission is: “To help increase capital flow, in terms of FDI and FPI, to Emerging Markets by lowering information barriers using AI/NLP”. EMAlpha Products help achieve both alpha and ESG solutions and the idea is to help asset allocators, asset managers, banks and hedge funds along with companies with cost and time efficient access to relevant information. We use thoroughly researched machine learning tools to track evolving sentiment specifically towards EMs and EMAlpha pays special attention to the timely measurement of news sentiment for investors as these markets can be finicky and sentiment can be capricious. Our team members have deep expertise in research and trading in multiple Emerging Markets and EMAlpha’s collaborative approach to combining machine learning tools with a fundamental approach help us understand these markets better.