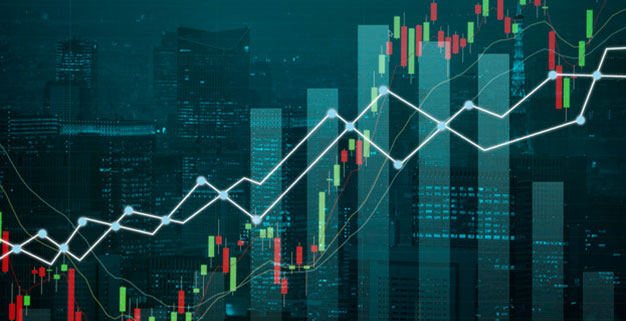 ‘Fundamentals’ and ‘Quant’ – The Virtues of Discipline and Why Systematic Trading?

The debate on which method of stock trading is superior between ‘fundamental approach’ and ‘quantitative approach’ is age old and never ending. In simple terms, the ‘fundamental approach’ looks at numbers like earnings and valuations, but at the same time, it doesn’t really ignore the ‘qualitative aspects’. There are several of these characteristics which will play a role in an investment decision and they will include corporate governance, dominant owners and their track record along with the industry these companies are a part of. On the other side of the spectrum is ‘quantitative approach’ which virtually ignores everything associated with ‘qualitative aspects’ just focuses on the trading history and on the basis of which quant strategy you want to play, the investment decision will be taken.

It is a futile exercise to prove one thing better than others because depending on circumstances, the end results could be different. And the good part is that the investors don’t necessarily have to choose between one and the other. But, let us take a step back before that and see what could be the serious most flaws in the ‘fundamental approach of investment’. Many of the critics of fundamental investing will highlight that this approach can work best with robots but as humans, our ‘evolutionary primitive instincts’ influence our judgment so much that we make mistakes. We get frustrated too easily when times are bad in markets and when the pendulum swings to the other end; we get irrationally exuberant and get overoptimistic.

Then, what is the solution? The best possible approach we believe is an approach which is systematic. To keep the definition simple, we have ground rules based on ‘fundamental approach’ or ‘quantitative approach’ or a combination of both. We will discuss the pros and cons, debate the possible scenarios and tweak these rules with an open mind. But once we have framed these rules, we will not intervene on the basis of market movement, which is regular. And regular market movement include the announcements by policy makers, adverse and favourable developments on trade wars, new policies which could benefit or harm a particular sector.

In short, the interventions will not be advisable as long as there is anything which doesn’t qualify as ‘regime change’. An unexpected election result leading to an ouster of government and head of the state or suddenly escalated geo-political conflict directly impacting a market or a industry are examples of ‘regime change’. Only in those situations, interventions are required for systematic trading approach. These situations don’t arise on a daily, weekly or even monthly basis. Sometimes, they don’t even occur for years and then, the portfolio is better off in a self-correcting mode. You don’t need to panic and let the systematic trades care of the change in environment.

This adoption of ‘systematic approach’ also has another advantage. Unless you follow an approach diligently and don’t let your emotions affect your investment decisions, it is difficult to evaluate it. The effectiveness is linked to how you will allow the price movement to impact the output on investment decisions under this approach. An example of this is seen in Indian markets in July and August 2019. After the Finance Minister of India in her Union Budget speech on 5th July, announced increased taxes on gains made by foreign investors and higher taxes on super rich, this along with slowdown in economy led to drastic fall in indices, almost as much as 10%, till 22nd of August. The shorts in NIFTY Futures would have done very well in this period and persisting weakness would indicate continuation of them.

In an attempt to control the damage, the Government came into action. The rollback of taxes along with some more sops to industries was announced by the Government post market on Friday, 23rd August. Now, the expectation over the weekend was that it will lift the markets on the Monday morning. The temptation to intervene by closing the shorts on NIFTY Futures would be too strong. But should you actually do it and if yes, a) do you think these steps will fundamentally change the course of the economy or they are just cosmetic, b) if you still want to close the NIFTY Futures, when will you do it? As soon as trading begins on Monday, any other time during the day or some other time in the following week or month? These are simple questions but will have complex answers.

Just to ensure that we don’t miss the market reaction and at the same time, don’t overreact, it is important to see the market movement on 26th August, Monday. The intraday range is more than 2.5% for BSE SENSEX. It is clear that systematic trading will not only produce better returns as compared to you tweaking your portfolio on the basis of expected market reaction to new developments and not so big but unexpected events, you will also be able to sleep more peacefully in the night. And who on this world, does not want to do that?