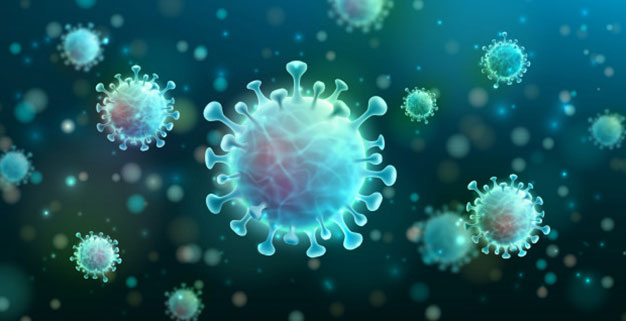 Joseph Stalin may not have actually said “A Single Death is a Tragedy; a Million Deaths is a Statistic”. But, his extremely poor track record on human rights is a perfect justification to attribute this quote to the Russian dictator. The case is not very different for the Coronavirus crisis and while the first few hundred cases were closely monitored by a panicked audience, hungry for more information, these numbers soon turned into some impersonal figures appearing on a dashboard. As the number of cases of Coronavirus infections swelled from thousands to millions and the death toll continued to increase beyond hundreds of thousands, the people behind these cases became just numbers.

This is not entirely unexpected as the human brain works like this only as:

c) there is an in-built defence system in use which after a while makes us completely immune to negative news.

But there was still something very disturbing when we looked at our daily news collection on the impact of Coronavirus pandemic. While the tragedy was big and the situation was grim in countries like Italy and Spain from Europe and USA from North America, the news flow on Coronavirus pandemic was only a mild trickle about South America and from countries like Brazil, Peru and others.

While EMAlpha machines were collecting the news and doing sentiment analysis, we were struggling to figure out what was happening here. Is it that the Coronavirus was impacting European countries and the US much more than South America or was it because there was not much news coming from South America while the tragedy unfolding there was equally serious? After tracking the news from across the world and from more than 30 countries for a considerable period now, the evidence is conclusive that it was latter unfortunately. The effect of the Coronavirus pandemic on South America was equally bad (if not worse than other parts of the world) and countries like Brazil, Peru and Ecuador were struggling badly, but there was not much news coming from there.

There could have been multiple reasons,
a) people were not very confident about the state’s ability to provide healthcare support and were not reporting cases despite being in a bad shape,

b) the level of testing was very low and not all infected patients with symptoms were being tested for Covid-19 infection,

c) this was creating a false sense of confidence among authorities and the lockdown norms were not being implemented that stringently, making the situation even worse. The net result was that expectedly, the Coronavirus was as fatal in South America as it was in New York, Milan or Madrid, but still the channels of news were not picking the on-ground situation correctly.

In our insight on May 10th, 2020, we have spoken about the effectiveness of ‘lockdown strategy’ vs. a country’s ability to afford it and key factors such as size of the economy and wealth distribution over the population? How the Coronavirus pandemic tragedy has unfolded is a clear proof that threat perception doesn’t follow logic and the government’s response is influenced more by perception and sentiment. Government policies on lockdowns have been determined more by threat perception than the ability to afford it.

There are other cases as well where the lower level of threat perception made the crisis look less serious than it actually was and the policymakers got callous about it. Brazil is a prime example where the President himself has shown little regard for scientific evidence and need for social distancing. The response to Coronavirus pandemic from Brazil is an interesting case. While most countries went for ‘lockdowns’ to contain the virus spread, the Brazilian President, Jair Bolsonaro, continued to downplay the COVID-19 situation with his comments and actions. While the pandemic has not been kind to Brazilians and there is no indication that the curve (for the spread of Coronavirus and new infections) is any different for Brazil vs. other countries, Bolsonaro has continued to ignore the statistics.

The EMAlpha analysis of news and underlying sentiment indicates that while Coronavirus is not partial, the news coverage surely is. This directly impacts sentiment on threat perception and how serious the crisis will appear in different parts of the world. The contrast between how the world thinks about the impact of Coronavirus pandemic in Europe and the United States versus South America speaks a lot about supremacy of underlying news sentiment over actual facts. This shapes several factors including the local government’s response, foreign aids to deal with the crisis and global sympathy for affected countries – in summary, how effectively countries will fight Covid-19 and how efficient they will be in their response.

This also has important inferences for financial markets. Sometimes (or rather, more often), the news follow is dominated by events in a particular geography because of simple reasons like proximity, the ease of access for journalists and availability of more information from there, this makes the investors’ decision making skewed because the mindshare a news commands is not always proportional to ideal relative importance of events. But if the investors allow the machines to capture the news and do the sentiment analysis, they may pick up the signals early and also differentiate between pure noise from the useful signal in the news.