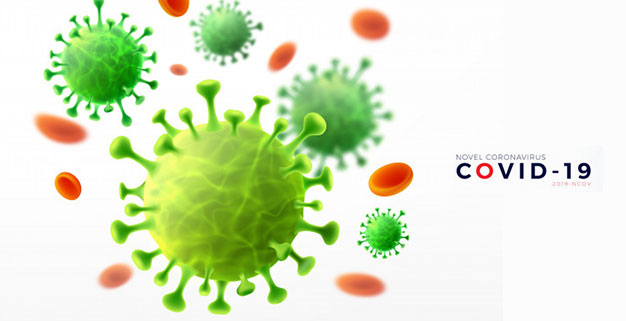 Coronavirus News Sentiment vs. Aggregate Market Sentiment and the Importance of Base Rate

Look at these two charts below, the first is ‘Aggregate Market Sentiment for India’ and the second is ‘News Sentiment on Coronavirus Sentiment for Several Countries including India’. Several readers have asked us questions like; 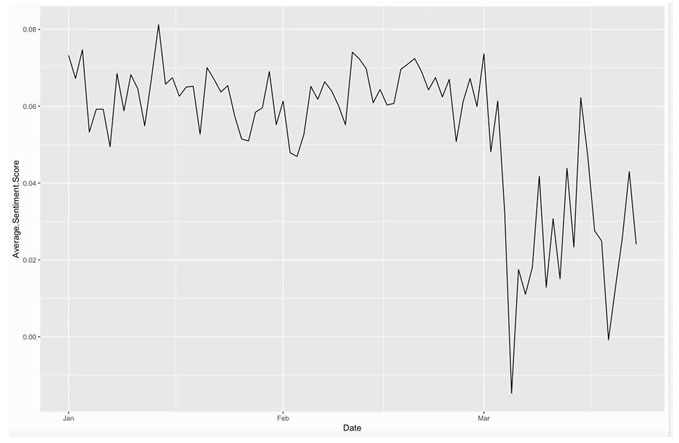 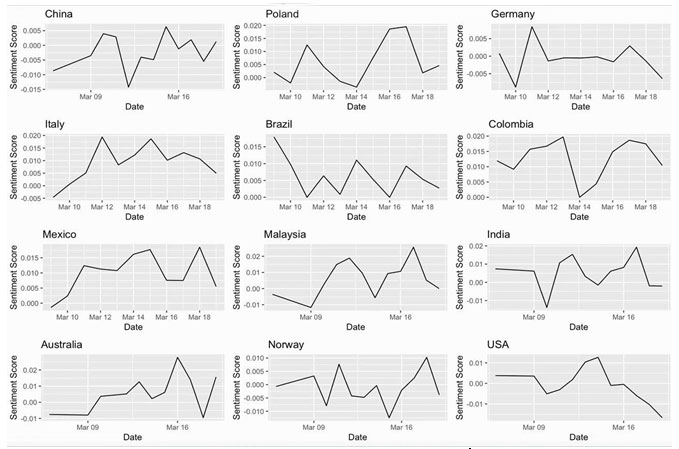 So, let us explain these differences and what they represent and how they should be used.

1) The first Chart is speaking about the Aggregate Market Sentiment and it will be a continuous chart (though we have only shown this since the beginning of January 2020) and as the market sentiment keeps fluctuating, it will keep changing. But usually, the market gyrations are not that large and that you can see in January and February (Fig. 3). The month of March has been very bad for Indian Equities and the Aggregate Market Sentiment Chart shows a significant decline. The other noticeable feature of the Indian markets is that the volatility increased substantially in March and the graph shows that as well.

2) The Corona Sentiment is not a regular chart and will not be continuous. Since the Corona Spread began in India only towards the end of February, the News Sentiment started covering this from that time only. The Corona News Sentiment Chart would not be there for January and February for India and for many other countries (except China), unlike the Aggregate Chart which is continuous.

3) Corona in itself is a negative event but the change in news flow sentiment would be continuous, sometimes good and sometimes bad. While the sentiment in news about Corona would keep changing, the overall impact on the market is going to remain negative. Sometimes, the negative impact is less and sometimes it is more. The Corona News Sentiment Chart (Fig. 2) only talks about this sentiment which is in a narrow range. It is like watching a very depressing movie or reading that type of book. If it has some moments of comic relief, the sentiment will change for a while but the overall movie and book will still be depressing. The same thing is happening with Corona News. Sometimes, there are positive reports like lesser number of infections, hopes of better control on spread and that gets captured making the sentiment positive. But the overall impact of Corona still remains Negative for the Markets.

4) Can there be a negative sentiment on Corona and still positive sentiment on Markets? Yes, that is possible. For example, if the Corona news is very negative and the market should fall 3% because of it (though it is tough to measure that how much impact should actually be there but broadly you can assess by looking at the possible economic impact, how the spread rate compares with other countries etc.) but the market overreacts and falls 5%. In that case, the market experts would start talking about attractive valuation, good buying opportunity etc. and that will make the Aggregate market sentiment positive. So, these could be situations where there is variance between the Sentiment on Aggregate Market and the Corona Sentiment.

5) We think a comment is also needed to explain the base rate. If you notice the Aggregate Market Sentiment more carefully, you would find that the chart is flatter in January and February and the sentiment is much above ‘0’. The base rate is somewhere between ‘0.06’ and ‘0.07’. This would look odd to many readers as compared to Corona News sentiment when the base rate is much closer to ‘0’. Why this happens? It is because the usual market sentiment has a positive bias. Since the absolute values are way above ‘0’, this would convey that market is always exuberant and would be doing well but that is wrong. The market sentiment should be measured as compared to the base rate. If the base rate is ‘.065’, anything above it is positive and anything below is negative. The absolute values don’t matter that much and only how far is the point in either direction from the base rate, matters. This can also be understood from the same movie and book example. If a movie is funny, the overall sentiment will be POSITIVE but that doesn’t mean that every point, it will be POSITIVE. The base rate will be above ‘0’ and the sentiment at any point should be measured vs. that base rate. The same things apply to languages. For example, if Italian is a more expressive language than British English, the base rate for Italian will be higher than English. How the sentiment is in a particular article written in either Italian or English, should be measured vis-à-vis the respective base rates of Italian and English. How the typical results would look like;

Article in English (the language base rate is -0.02)

Article in Italian (the language base rate is +0.05)